I have a problem…I can’t stop eating candy. I need an intervention. Help! 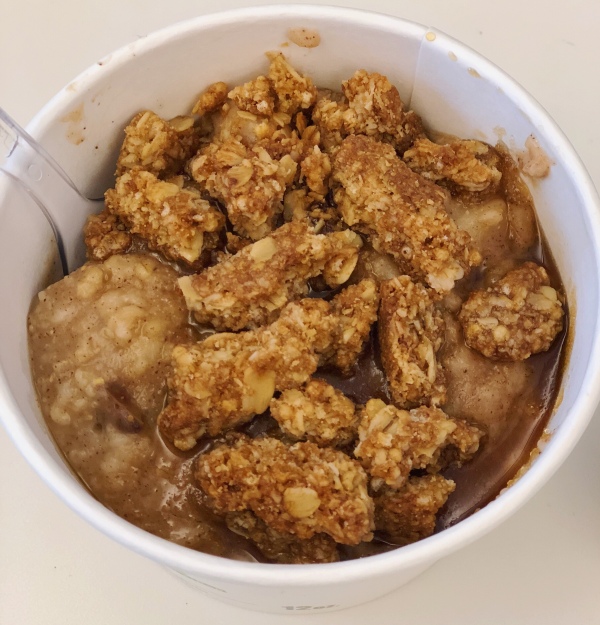 Hooray for apple cinnamon day! This was a good batch, too – it actually tasted like…well, apples and cinnamon.

Leftovers from last night’s dinner. I didn’t eat that orange…

…because a co-worker had made this rice pie for Easter, and brought it in. I’m not going to be rude and not try a piece! What am I, a monster? I’d never had rice pie previously, and it was delish – the filling tasted kind of like a cross between a firm rice pudding and a cannoli. Spoiler alert: This was not the last time I started eating a meal today and forgot to take a pic. 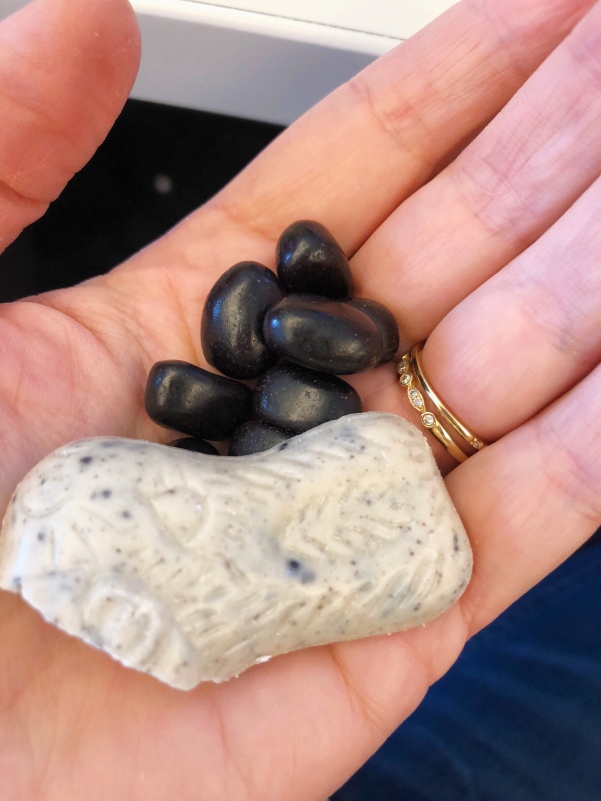 Of course, bringing my candy stash to work to escape it didn’t work…because I’m here, too. Derp. I figure black licorice jellybeans don’t count, because I’m the only person I know who likes them…that’s how this works, right? That’s also a lie, because all but one of my co-workers share my love for black licorice, as well as my mom, as did my gramma. So. Faulty reasoning abound, here! 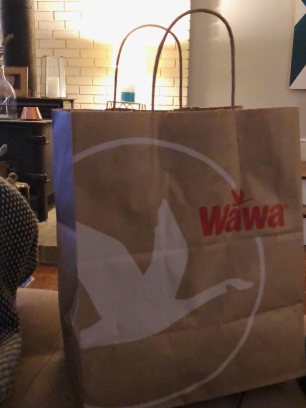 Doesn’t my dinner look good?! Here’s what happened: I really didn’t feel like cooking tonight, and decided to treat myself to a Wawa salad since I’ve been so good about eating at home on my solo night recently. When I took Grooby for his nightly walk, I called my mom. I ended up still being on the phone when I got home, and dug in to my dinner. Since I was already eating by the time I hung up, I didn’t remember to snap a pic until after I had wolfed the entire salad down. It had kale & romaine, breaded chicken, bacon, crispy jalapenos (not the healthiest salad I’ve ever had, but YUM), carrots, black beans, pico, cucumbers, and roasted poblano dressing.

I told you I can’t stop. I did, however, cut this egg in half, so…progress. This one wasn’t quite as good as the other caramel egg…the white chocolate made it just a bit too sweet. Points for the pecans, though!