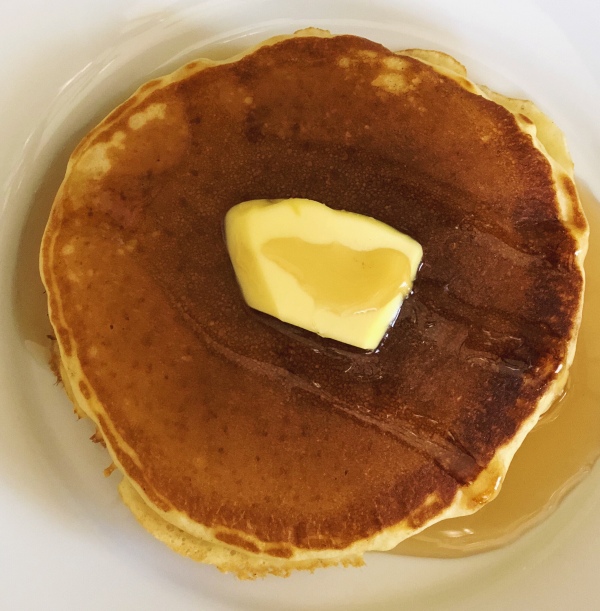 We decided to ease the pain of losing an hour of sleep with pancakes for “brunch.” I took forever to get moving this morning – I started the day off with a cup of coffee, and then my mom called and I ended up talking to her for a while before I got started on the pancakes. It ended up being more like a late lunch than a brunch, but it was well worth the wait. Really, is there anything better than a fresh, hot buttermilk pancake? I think not. 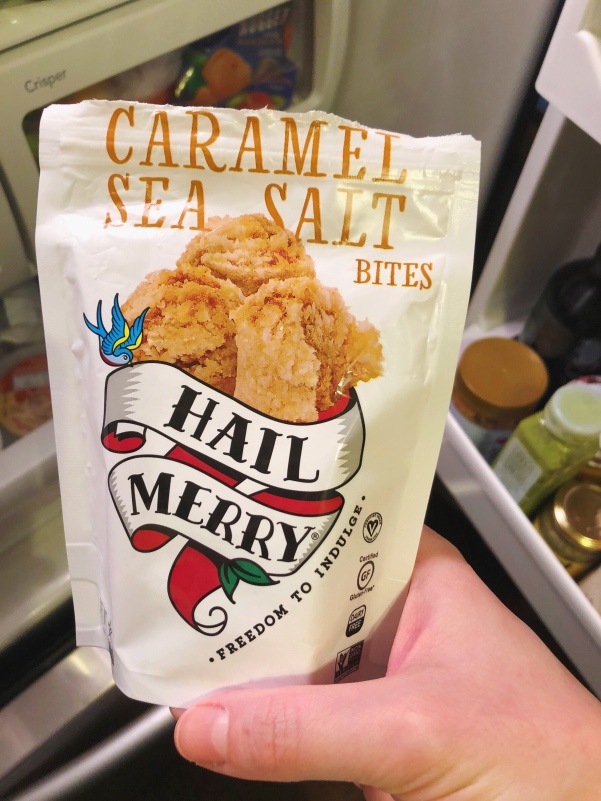 Despite only having eaten two smallish pancakes (that’s a side plate in the pic from this afternoon, not a big dinner plate), I remained stuffed until it was time to start dinner. I grabbed one of these bites while gathering ingredients. 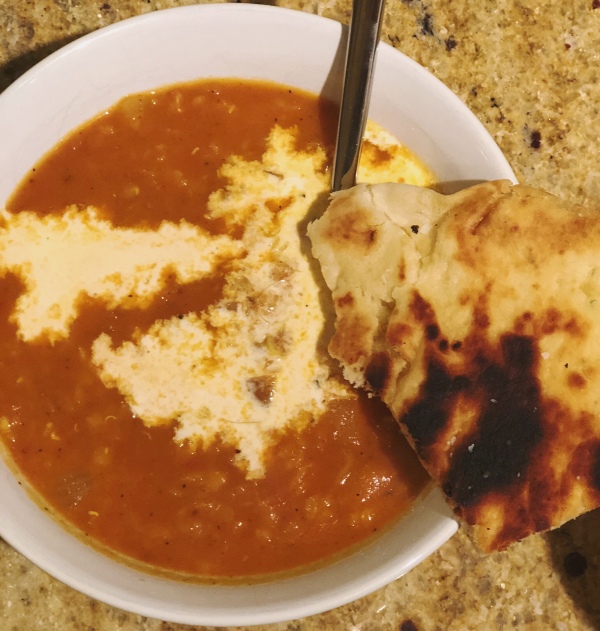 I still smell of curry this morning after making this soup last night, but it was all worth it – this soup was delicious, hearty, and pretty healthy. I served it with some toasted naan wedges and a tiny splash of heavy cream. The recipe calls for an extra splash of coconut milk, but I’ve been having trouble finding canned coconut milk that’s not super chunky and separated – any suggestions? It’s driving me nuts. Recipe to follow…this will definitely be a repeat.

So the real reason I bought the Jeni’s ice cream the other day was to serve with this cake…which was a HUGE FAIL. It might look like a gloppy pile of deliciousness, but alas…it was just a gloppy pile. It was supposed to be a big, multi-serving molten chocolate cake, but it didn’t end up setting at ALL and ended up resembling a pan of raw cake guts with water poured over it. I’ve gone over the recipe about 400 times since to try to figure out where I went wrong, but I’ve got nothing. Jeff actually ate his whole serving and seemed to enjoy it, but I ate the ice cream off of mine and tossed it after making it through a bite or two of the cake. Heartbreaking! I followed this recipe from Food52. They’re usually amazing, so I’m convinced I did something wrong…someone else please try it and report back!